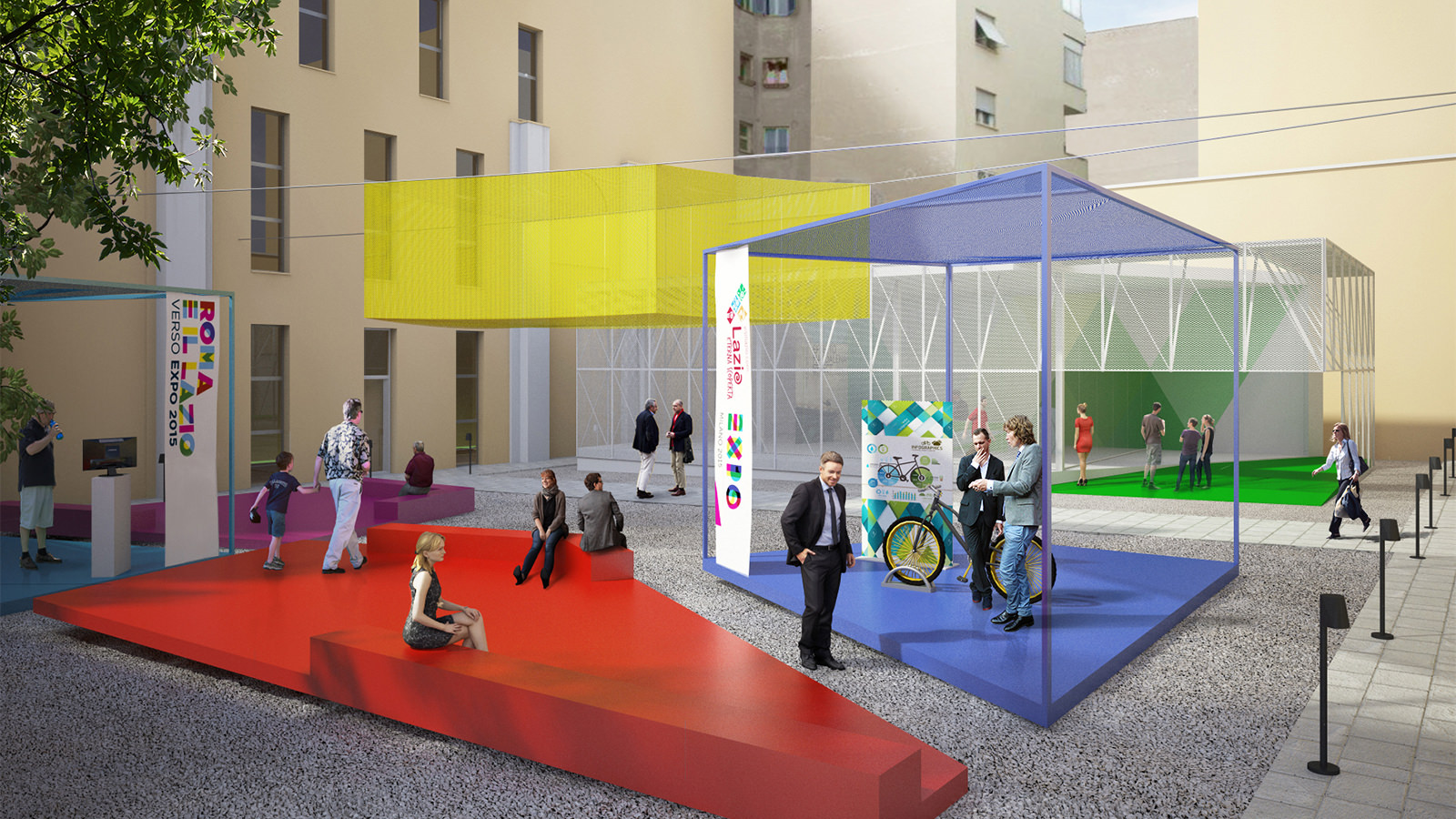 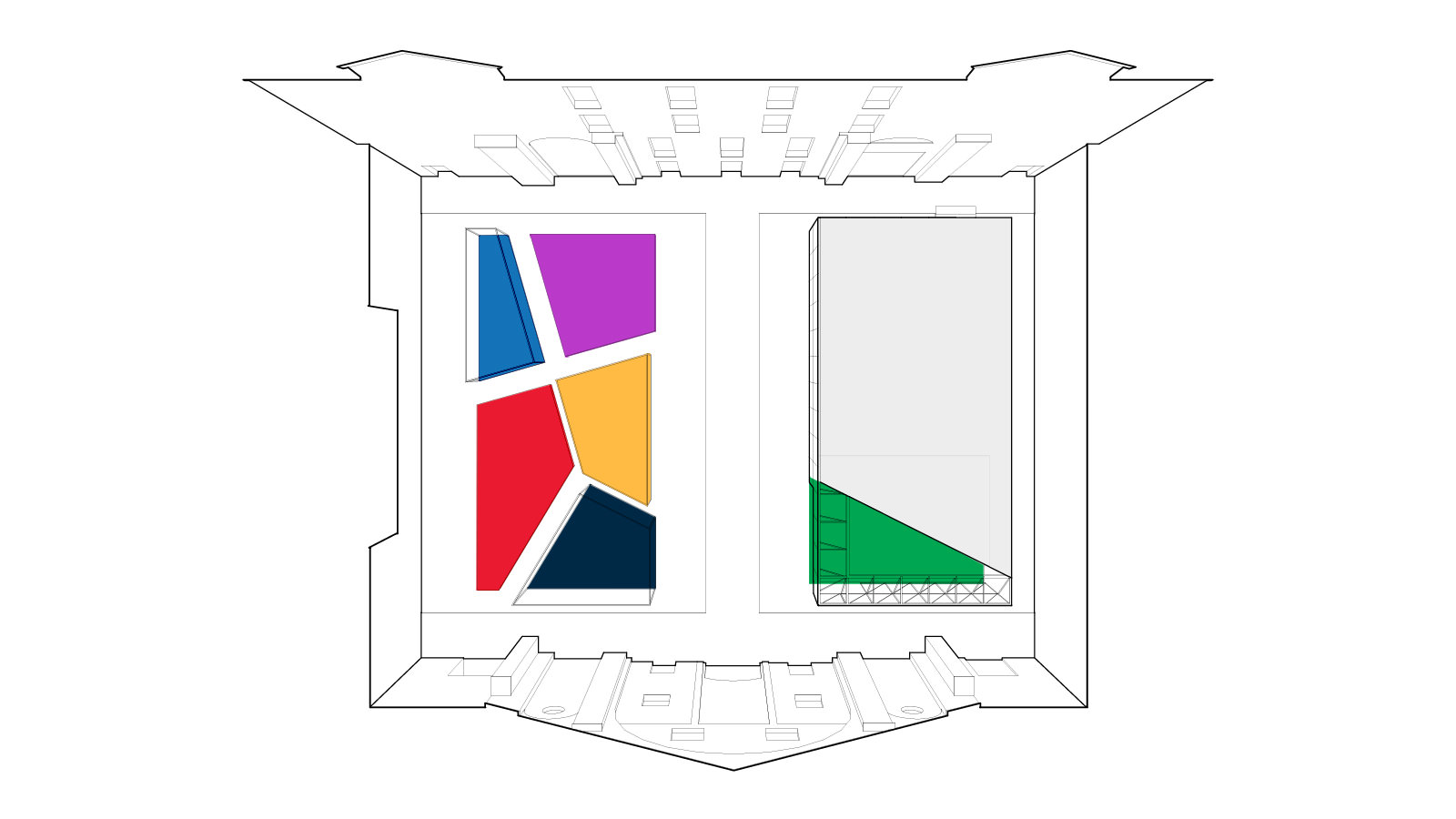 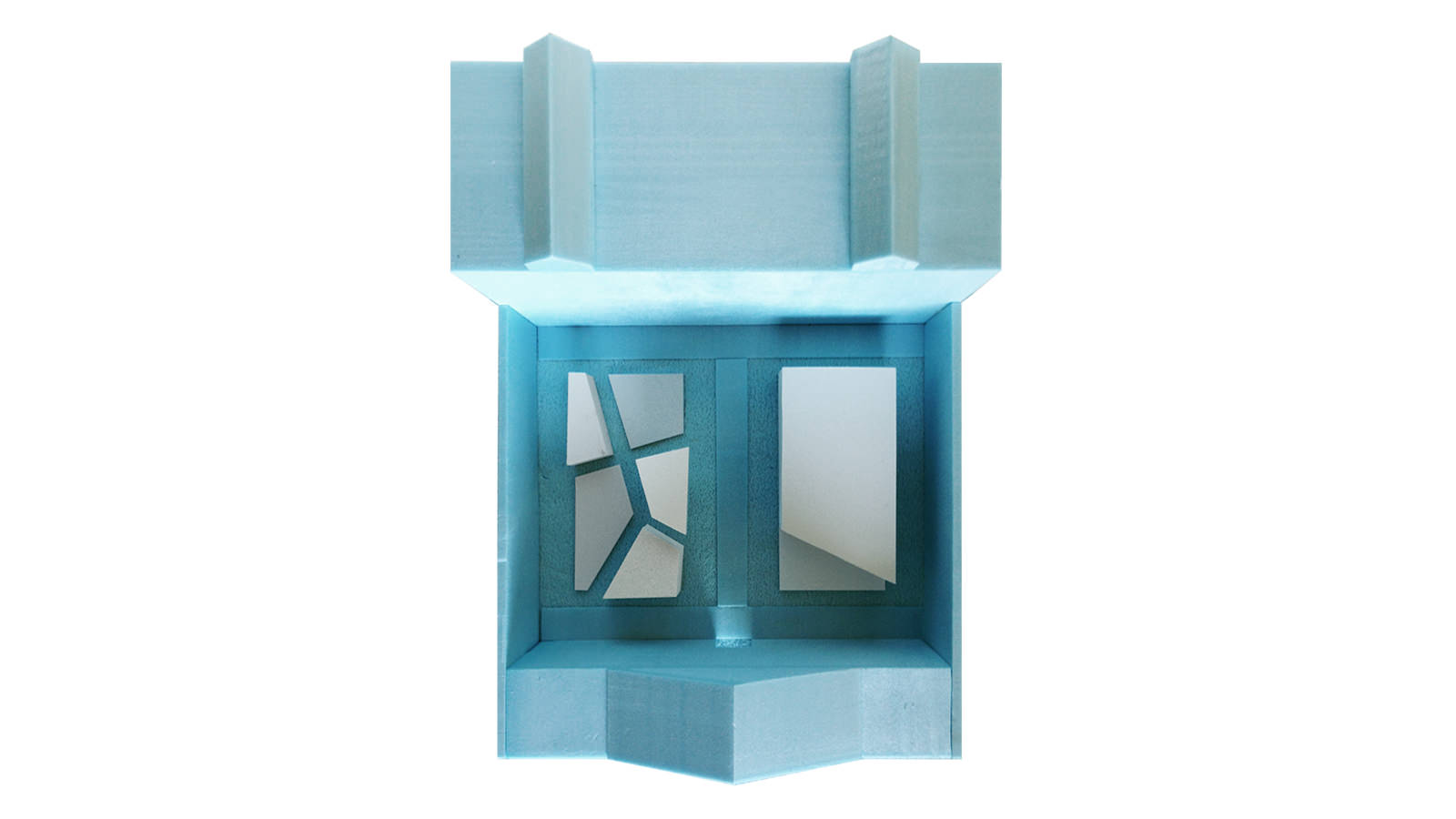 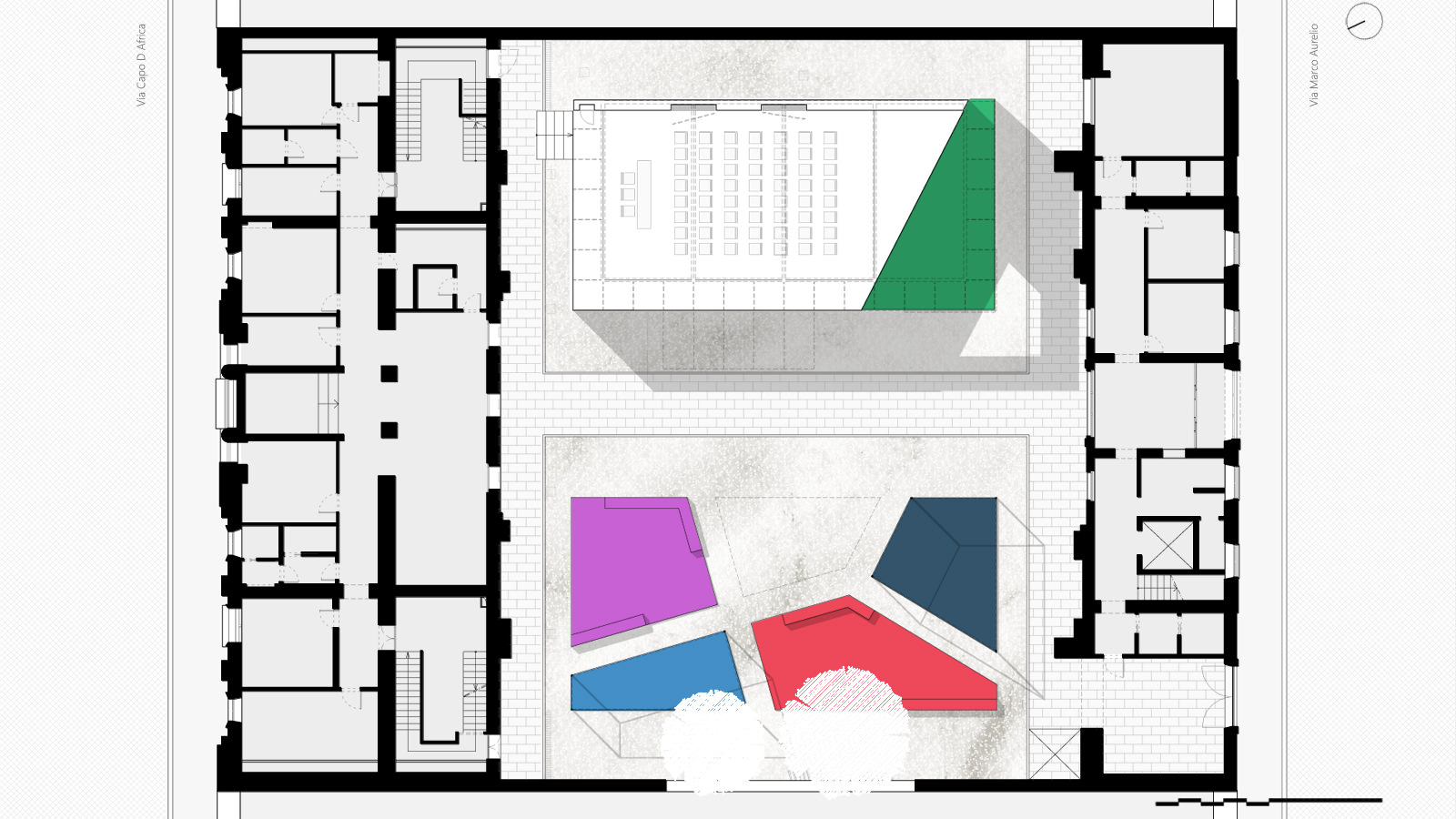 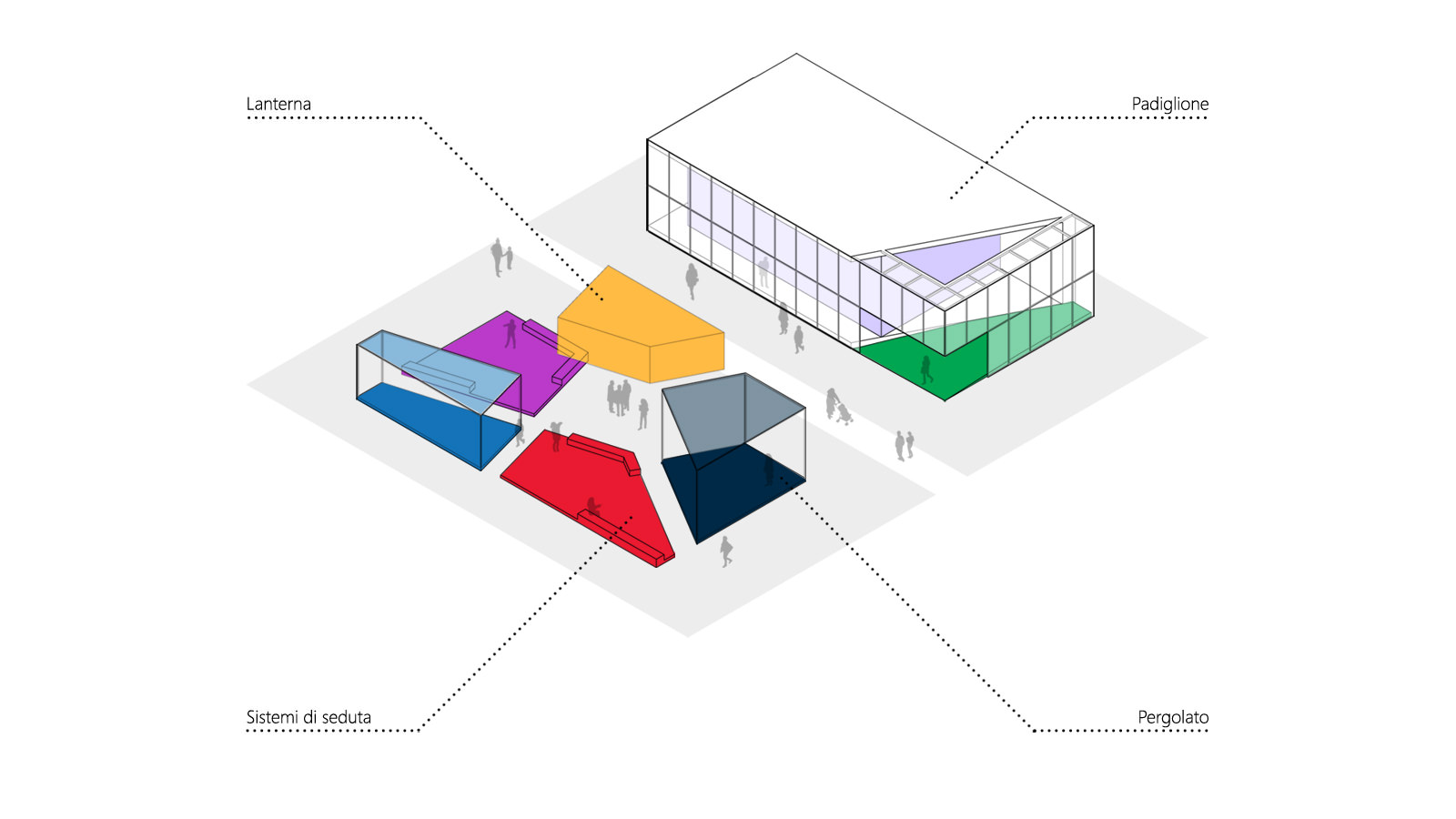 Staging of the courtyard of Lazioinnova seat in Rome

Tangram is the design proposal by MARGINE for the staging of the courtyard of Lazioinnova seat, that is a financial agency of Lazio Region, located in via Marco Aurelio in Rome.

The contractor needed a temporary exhibition pavilion for the actions to develop in the capital city at the same time of EXPO 2015; the pavilion had to be positioned inside the courtyard of the same building, that is located in the ex Casa del Popolo in Rome. In addition to the pavilion the space staging was asked in order to make it functional for the expected presentations, exhibitions and debates.

The proposal of Upgrade Studio aims to meet the contractor’s needs thanks to a unique and at the same time flexible design, that can be repositioned and reconsidered in infinite usages, by overcoming the space in which is located, and considering it reusable in other places.

That’s why the idea of Tangram arises; it is the old Chinese riddle composed of seven small wooden boards, that initially form a square, but can assume infinite shapes, some geometric, other ones recalling daily tools, animals and people. At the same time the staging is intended to start from the division of a square into seven distinct “pieces”. The bigger element is the trapezoid shaped pavilion, conceived as an open space, that can be divided through sliding wall. Its double consistency allows the hygrometric heat control of the interior air.

The other six elements are: two systems of platforms/seats, three pergola systems for shading and exhibiting, and also a suspending light, realised in perforated PVC, able to give light to the space in the night and to shade during the day.