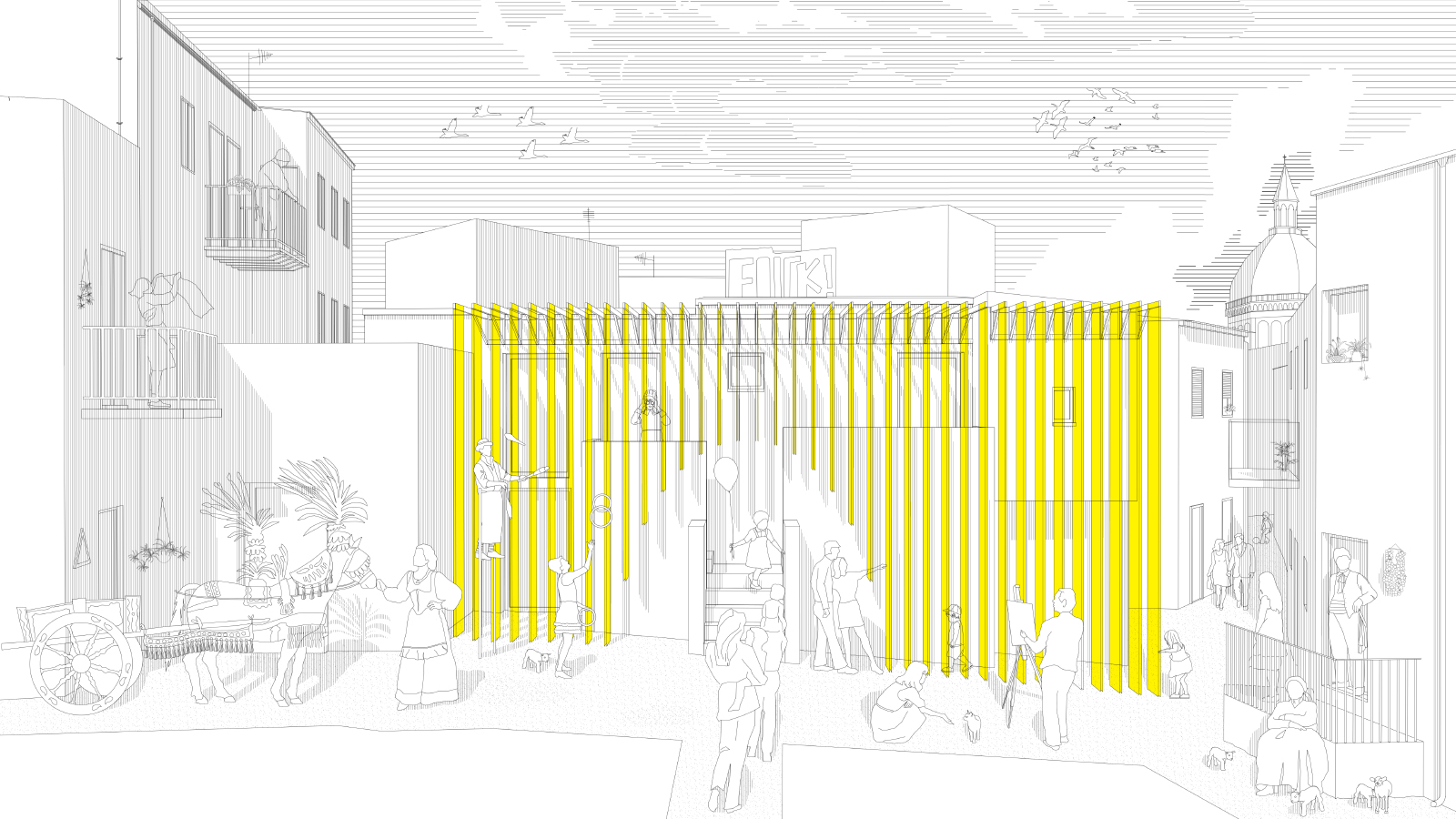 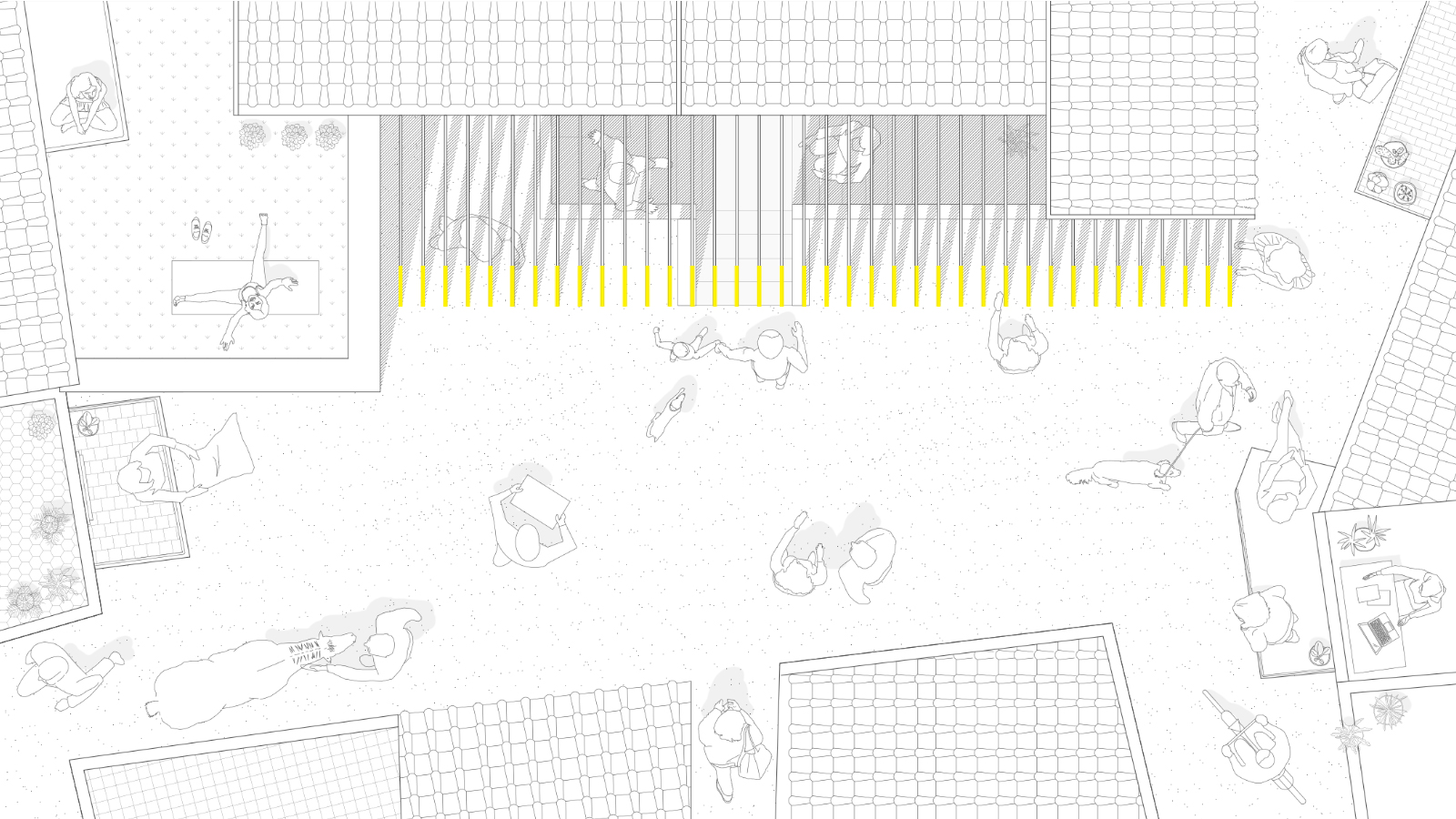 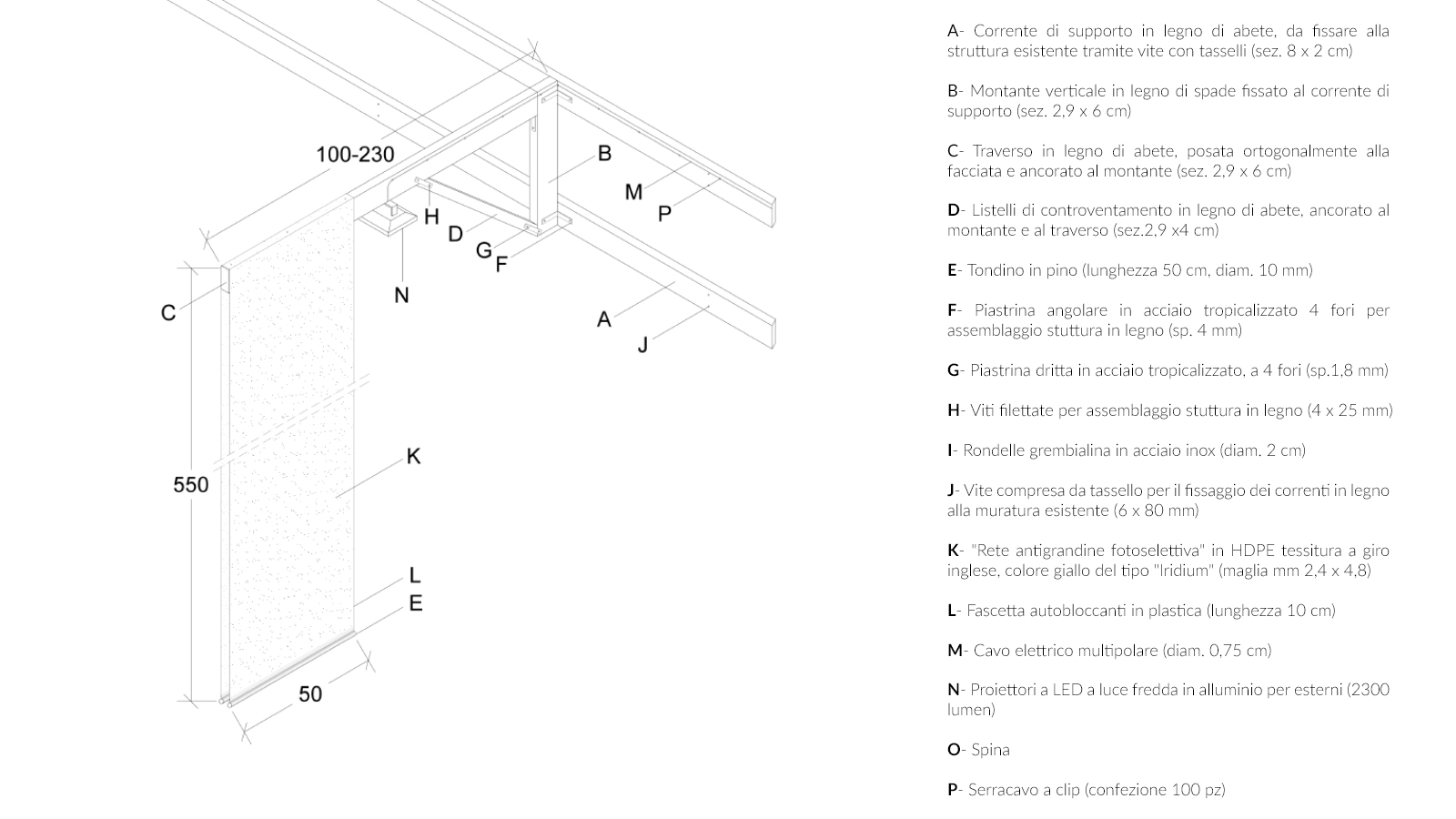 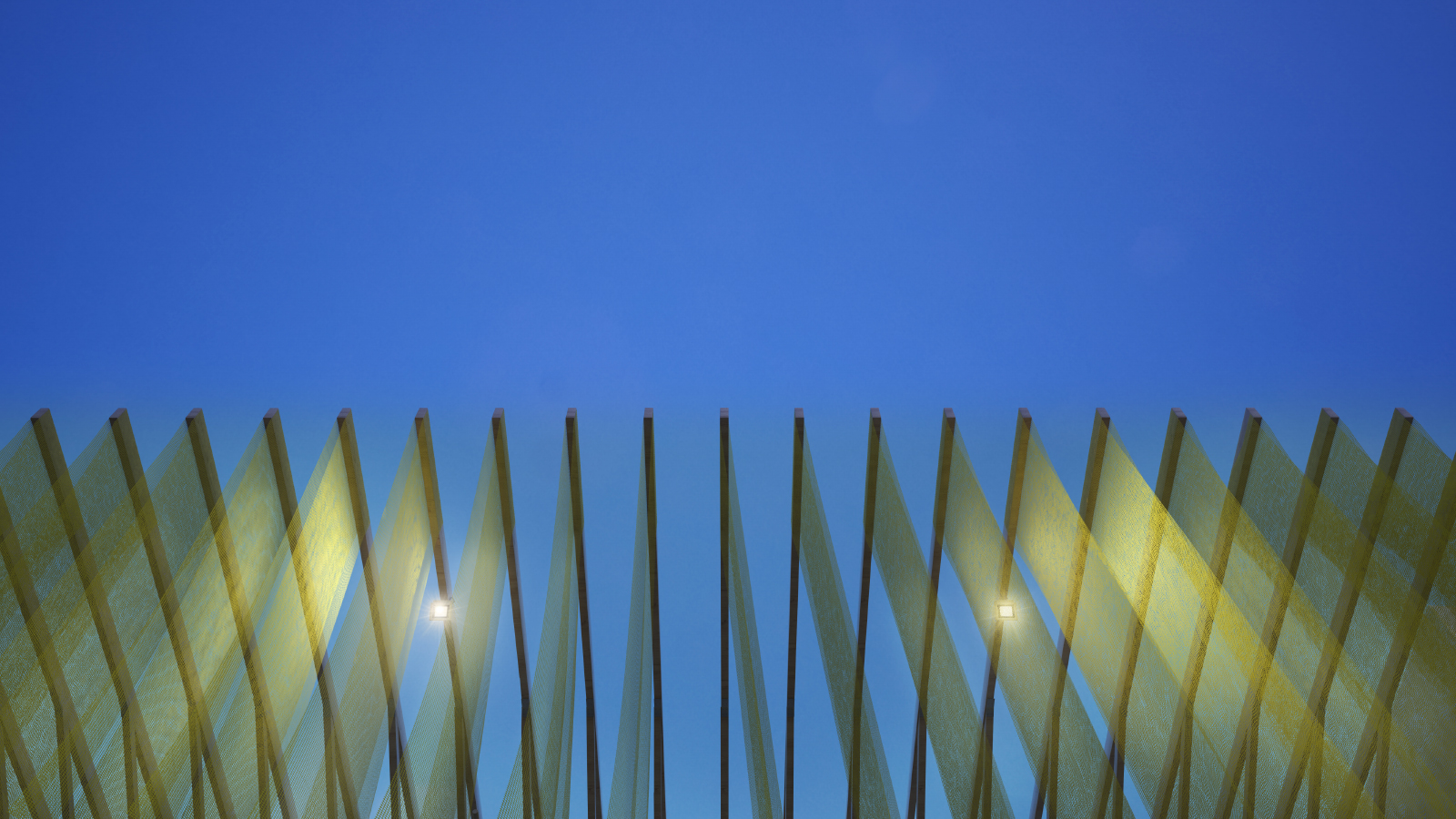 Follow the yeIlow is a temporary installation that redefines RAFT’s front and transforms it into a fluctuating, ephemeral, lightweight facade that, through a big arc, opens itself to the Favara community and the world. It is designed as a suspended skin, a discontinuous surface composed of orthogonal sheets fixed on the existing facade. The sheets are located in an advanced position compared to the facade, in this way they allow the walkway and the use of interstitial spaces outside the building. A continuous moving facade that represents metaphorically the ever-changing activity that takes place inside the building and in general in the framework (environment) of Farm Cultural Park.

The work reconfigures the spatial and formal image of the square without losing the perception and the functionality of the existing building and its interior spaces.
Follow the yellow is a call to become anactive part of the collective transformation, in Favara as everywhere.
It is the path that ideally connects every part of the world to the historic center of the small Sicilian village, highlighting the RAFT building, a place which reflects the present and imagines the future.
It is the image of a changing community that arises from the accomplishment of a personal evolution mixed and increased by social ferment and experiential confrontation, in an eternal and patient movement, such as the action of the wind on the waves.
The design approach, aside from the architectonical research both conceptual and formal, focuses itself on respecting theavailable budgetand it is characterized by technical feasibility and the reversibility of the intervention.Follow the yellow is designed with materials used in agriculture such as wood and photoselective anti-hailstorm nets for the protection of vineyards and citrus trees.The nets are fixed on the existing structure, making therefore the intervention reversible and non-invasive for the building. The facade is shaded, this allows the containment of the energy consumption of the building during the day. The photoselective net, placedon the south facing facade,improves light propagation and at the same time considerablydecreases the thermal hike between the hottest and the coldest hours, just as it does for orchards and vineyards.
Follow the yellow is also a suspended lantern. The facade is illuminated by only four LED headlamps.Thanks to the light propagation obtained through the selective photo frames, the project allows the diffusion of the light around the square and it works as a landmark for the city.
The fabric of the sheets, faltering in the wind, also create a kaleidoscope of lights and shadows that propagate their self on the buildingsof the small square.